Today, the first segment of the new runway with a length of 1250 m and a width of 45 m was inaugurated at Chisinau Airport.

The LED lighting system, which is produced and installed by the world famous company HELLA, has been completely rebuilt. The works have been carried out according to projects implemented in the largest European airports, meeting the highest standards.

Starting from today, at Chisinau Airport, the aircrafts will be served after a new technological system and will stand on an extended and modernized platform. Thus, Avia Invest puts into operation over 110 thousand m2 of the total area of the aerodrome. By putting into operation the new surfaces, it significantly increases the operational capacity of the airport. Thus, the time required to operate the aircraft on the ground is lower, which results in an increase in aircraft flow.

On the new platform, a new drainage system has been built that will allow the faster drainage of rainwater and will increase the operating life of these surfaces. As a result of the platform extension and the reconstruction of the old one, the airport already has 27 fully functional parking lots, which essentially exceeds the obligations to reconstruct the number of aircraft parking spaces provided for the first stage of modernization. The load bearing capacity of rebuilt and commissioned surfaces has been increased to over 70 units compared to previously existing PCN 51, which will allow the Chisinau Airport to serve different types of aircrafts after the reconstruction of the entire aerodrome infrastructure. At the same time, the light beacon system on the new work surfaces has been modernized, being totally changed and now corresponds to the CAT III handling category. This will allow aircrafts to run safely under very low visibility conditions.

Every day there are over 200 workers and 150 cars and special modern equipment working at the Chisinau Airport. Due to the hot temperatures and to ensure the continuity of the reconstruction works carried out at the aerodrome, they were working at an intense pace during the night time as well. The work was carried out under close supervision, laboratory tests being carried out, demonstrating that all standards and norms were observed. The modernization and development of all airport infrastructure has also contributed to the fluidity of air traffic. In this way, Chisinau Airport becomes more attractive for the airlines, which contributes to the increase of the number of air flights and the diversification of the destinations. 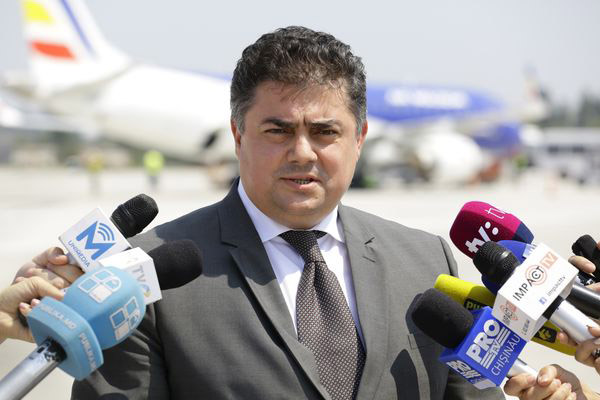