The underpass, which passes under Dacia Boulevard has been revived

One of the most acute problems of the inhabitants of the town of Airport, which has been mostly affecting children, was solved thanks to the participation of the administration of Chisinau International Airport.

We are talking about an underpass, which has remained unfinished for many years. The underpass, which passes under Dacia Boulevard, has been revived, and now it can be rightfully considered one of a kind in our country. Through the efforts of Avia Invest, it was completely restored as soon as possible and now solves the most important problem of the inhabitants of the town of Airport.

An underpass was urgently needed in the area where the high school is located and where thousands of pedestrians cross the boulevard every day. Pupils of the Galata gymnasium were the first to use the new passage, and at the opening of the facility they emphasized the importance of the underpasses for the safety of crossing the street. “The underpass in this area is very important for all residents - both for adults and for children. That is why the "ȘOR Party" team and Avia Invest considered it a priority”, said Ilan Shor, leader of the ȘOR Party and Chairman of the Governing Body of Avia Invest at the opening of the facility. “This underground passage is an important infrastructure facility that is used daily by both children and adults. This facility provides the necessary security measures. That's why we wanted it to look in a way we would like to see all the underpasses in Chisinau” said Ilan Shor. In addition, Ilan Shor said that he had filed a petition with the city hall of the capital so that he would be allowed to restore all the underpasses of the Botanica sector of the Chisinau.

The idea of ​​restoring the underpass arose after residents of the district turned to Petr Jardan, who was elected to the Moldovan Parliament on the lists of the ȘOR Party in the February 24 elections. “Citizen safety is a top priority,” said Petru Jardan, member of the Governing Body of Avia Invest, explaining the decision to reconstruct the underpass. “For this reason, at the request of citizens, we decided to come with help. Human safety is our priority. The ȘOR party, which I represent as a deputy in the Parliament, and Chisinau Airport have been and always near the people. We strive to provide them with all the necessary support, so that people can live better. We do not stop at good deeds that we have already done, but continue to be with people when they need it” said to Petru Jardan.

In addition to the fact that the underpass received its original appearance, the workers restored and painted the walls, reconstructed the sewer system, completely renovated the stairs, installed a lighting system and ramps for people with disabilities. To give the underpass a special urban style, Avia Invest signed a contract with a street art artist who drew paintings on the walls which follow the theme of aviation. Also, in the underpass section benches were installed and also flowers and lawn grass were planted. 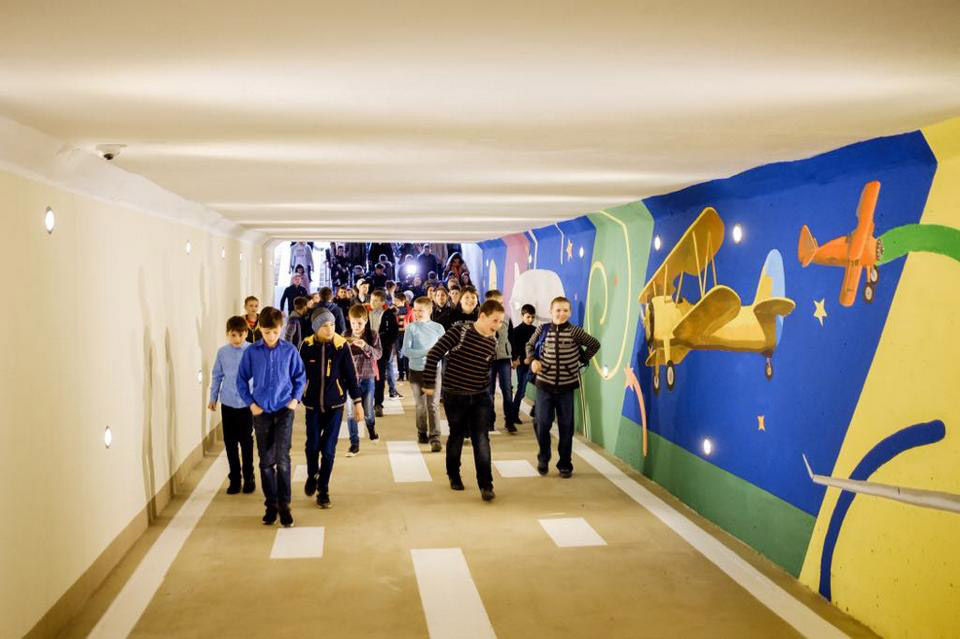 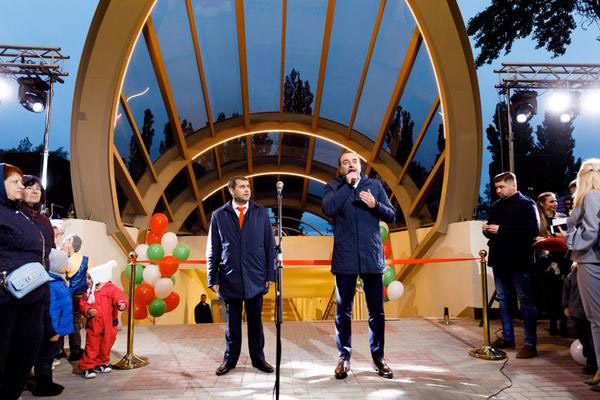 Learn More
Dear passengers! Due to the anti-covid measures held at the Chisinau airport, check-in for all flights opens 3 hours before departure. We ask you to arrive at the airport in time!
In the context of the special entry regime established by each individual country due to the Sars-COVID19 pandemic, passengers are asked to have with them the package of necessary documents in proper form in order to enter the destination country. Otherwise, passengers who do not comply with the requirements, will not be allowed on the flight.